Haviah Mighty has always been a musician – but now she is ready to take it to the next level.

Raised off of Gerrard Street in Toronto amongst four other musical siblings, Mighty and her family were the only black family in their rough neighbourhood and they were constantly reminded of it. Whether it was her parents telling her not to ride her bike outside or her neighbours making numerous calls to the police about the volume of their piano, Mighty grew up knowing that her culture (and music) was not just important but something to be protected at all costs.

Whether it was taking music lessons with her sisters at Scarborough’s New Conservatory of Music, singing in high school choir, taking the Music Industry Arts program at Fanshawe College, working at Long & McQuade in music retail, rapping with her group The Sorority, participating in the JUNO Master Class program or working on her own material, music has been a constant theme in Mighty’s life. And this month she took the final step towards becoming a full-time musician and quit her day job.

The multifaceted artist met up with us to discuss her musical upbringing and brand-new studio album, 13th Floor, over beer, salad and arcade games.

Sidewalk Hustle: I didn’t know your sister, Omega, made music!

Haviah Mighty: She’s about three and a half years older. We’re pretty close. My sister is one of my biggest inspirations when it comes to my live performance. She’s a dancer, singer, piano player, makeup artist.

That is so fire. She adds so much value to “Wishy Washy.”

Yeah! It was so dope that she was willing to be apart of it. I mean, she’s my blood – we’ve made songs together for years. But we were finally able to collaborate on something that allows other people to see what we’ve done together for years. To me, she’s the best person for the vibe of this song. I want to continue to explore that vibe for sure.

Do you have any other siblings?

That must have been a huge influence on you.

Definitely. Alicia was the biggest inspiration for my parents to ensure that the rest of us had musical training. I was in music school with my sisters from the age of four. It started with Alicia but then as they had more kids they kept enrolling us. We spent many years at The New Conservatory of Music in Scarborough.

Where did you grow up?

I grew up in Toronto just off of Gerrard. It was a lower-class neighbourhood but primarily white people. You could say that I grew up with a wall around me. I wasn’t allowed to go outside after school. My neighbours were always doing inappropriate things and causing trouble.

Alicia getting into music must have been a saving grace for them.

Yes and no. We were the only black family in our area and we’re a bunch of black people, there’s seven of us. There was definitely a high level of discomfort among the neighbours and we were often reminded of that over ridiculous things like police visits for the piano being too loud. Honestly, my parents were probably actively looking for a place to move the whole time. When I was 8 or 9, we moved to Brampton. That was a complete restart. I was able to ride my bike and walk home from school.

Really basic shit for most people.

Yeah, just basic shit. And I was able to develop proper social skills after that and get to know other kids. I never really had friends before that. But the theme of music has been constant in my life. 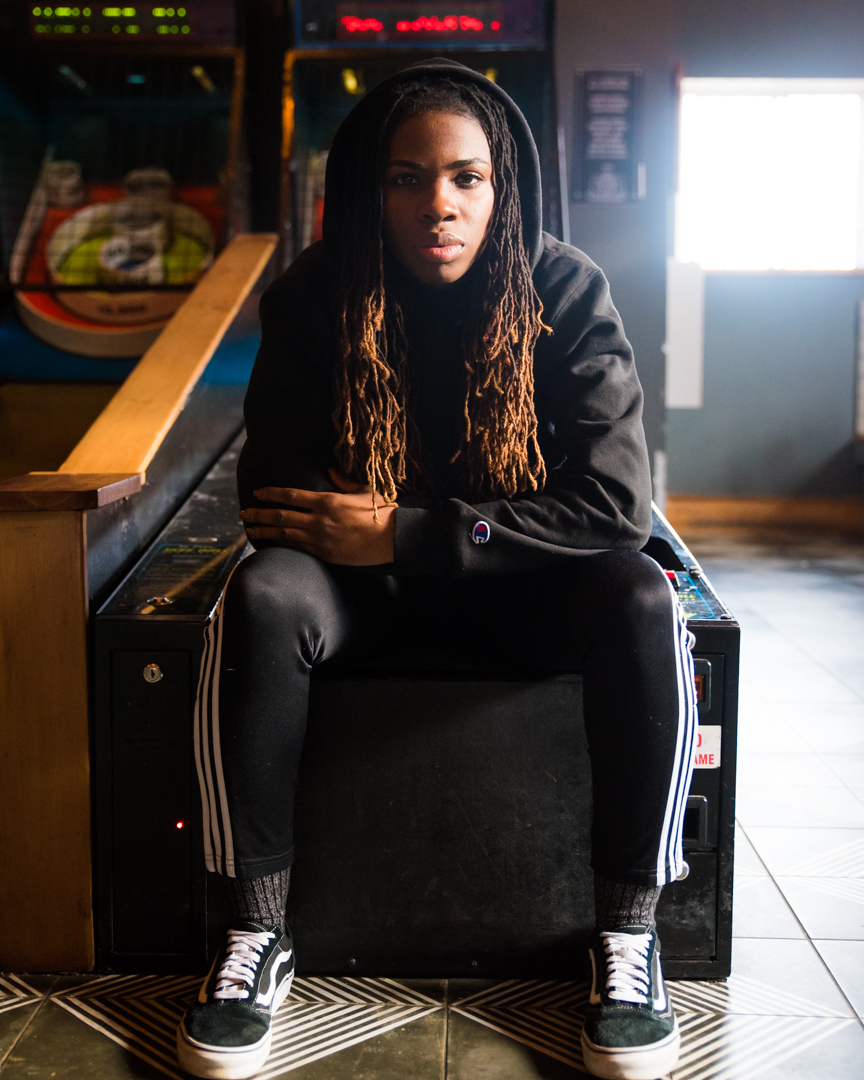 You went to college in London, right?

See? The theme continues! Was music really important to your parents?

My dad has built a number of sound systems – he loves to string different hardware together, like manipulate his vinyl records through a guitar pedal. He was always really into it. And my mom always dictated what was playing through the household. I’ve always been surrounded by people who appreciated the art form whether they created music or listened to music.

Did that give you confidence to take music seriously?

I’ve always loved music but I never thought it was going to be my career. I always thought I should continue to make music but I always had backup plans or jobs. It took until 2016 when I was convinced I could work towards making it a full-time thing and I’ve spent the last two years making that transition which is finally happening now. But I feel like I’ve always consciously and subconsciously tried to build my skills when it comes to music. I was in choir in high school, I took music industry arts in college and I worked at Long & McQuade in music retail for almost four years.

Did you ever push back on your parents putting you into music?

I was never challenging them to find out what would happen if I didn’t memorize my songs. I just remembered them. I may have found that my parents wouldn’t have done anything but I never tested it. I’m glad I didn’t because I’ve got a lot of friends now who regret quitting piano lessons, guitar lessons, dance lessons. Every type of creativity.

I want to work with Jessie Reyez. But she’s crazy big right now.

I mean, this is Toronto. There’s probably only one or two degrees of separation between you!

Yeah, maybe! She’s just so dope. She’s another powerful woman with authentic, real energy. I identify with the way she delivers her message.

How did you get connected with Yemi? He handled the album artwork and a number of the music videos.

He actually shot the cover for Pledge, the Sorority album, so we had a relationship prior to this project. He reached out to me about doing a creative, no-pressure shoot and then quickly turned into album cover conversations. We had a chat, he came through the office and asked me about the album, my vision and my goals. He was totally with it and felt confident to not only help create the visuals but support the messages as well. Shoutout to Shanik Tanna and Lorenzo Colocado too.

He really speaks his own language through his art.

That’s what made me think he would understand my message. His painting especially. I wanted his contribution to be expressive, so expressive that it would make you want to listen to the record because in 2019 you’ll probably see the album art before you hear the music.

He absolutely killed that artwork. And it’s literally just your head.

It’s just me. And I wasn’t going to put an elevator on the cover. The name 13th Floor comes from the perceptions we carry and having my identity on the cover doesn’t leave any room for additives. My hair is one of the realest representations of me as a human. Thematically, one of the things that makes Haviah Haviah is my hair. Many people believe this and I agree that hair is power. I think we showed the infrastructure that it represents, what you can build with just your own hair. I didn’t do anything artificial to it. And it literally defies gravity in that picture. I think that says a lot.

Never. I had a conversation with my hair stylist and we looked through some Pinterest references – I wanted it to be strong, powerful, big, loud, proud. All the adjectives that people use to describe me. And I wanted that to be obvious that it’s an extension of me as a human, as a black woman, as an artist. If I had ever given in to the marginalizing forced upon me by my neighbours on Gerrard and not embraced these things – my blackness, my musicality – I could have assimilated into thinking that being black isn’t cool or being a rapper isn’t cool. Had I not discovered the power in those things, I wouldn’t have fought for them to this day. This project celebrates those things and hey, I just thought my hair had to be big, loud and proud to show that.