Even when he was homeless, DillanPonders always knew he wanted to be a rapper.

Described by Noisey as “a mess” in 2014, the 25-year old Toronto native is proud to have traded the drug scene for a constant drive to create music. Nowadays, Ponders takes pride in staying home instead of being the life of the party – and it’s certainly paid off. His 2016 album Acid Reign landed him a MuchFACT grant for his “HEAVEN” music video and spawned the jazz-rap fusion project Acid Jazz with forward-thinking Toronto outfit Jazz Money. Earlier this month, Ponders released his third studio album No Mans Land featuring production from OVO collaborator Daniel Worthy, BatmanOnTheBeatz and a slew of upcoming Toronto talent including Kevin Rolly, Dutch Revz and more.

We spoke to Ponders about No Mans Land, creating a jazz project, boxing and more. 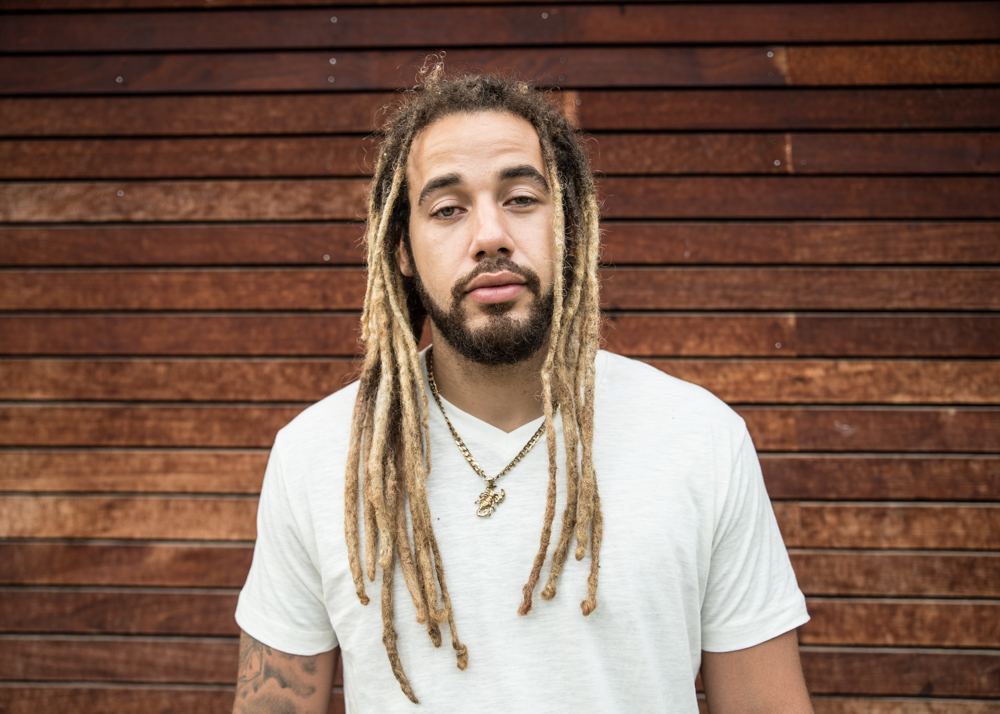 Sidewalk Hustle: How did you start making music?

DillanPonders: I always knew that I wanted to make music, I was always rapping to myself in my room. My mom still has all my rap books in storage somewhere.

SH: Do you remember the first time you thought you sounded good?

DP: I remember the first time that I knew I was going to sound good – I was recording for the first time with professional equipment and knew it was going be something that would be important to me. I didn’t get my chops until I started doing it for a while but I realized how limitless music could be.

SH: I think it’s obvious to any of your fans that you’re always recording and releasing music. How do you maintain a schedule of constantly creating?

DP: When I wake up, I need to drink a big glass of water and I need to make a song – one feeds my body and one feeds my soul. I don’t have to make six songs every day, it’s just truly and genuinely what I need to be doing. I’ve got way more music unreleased than released, I’ll use verses from one song and a hook from another until I’ve got a super song.

SH: I guess there’s an advantage to always being at it.

DP: Yeah, I’m a well-oiled machine. I’m ready to go at any time.

SH: You’re really particular when it comes to the visual component of your music, whether it’s the videos or album artwork – where does that come from?

DP: I’m a very visual learner. I mean, I hate that term because everything is visual, but I naturally want to create visuals when I create bars whether it’s painting pictures or working on videos. I always have a relatively clear vision of how I want it to look.

SH: Even your album titles – The Boy Who Lived, Acid Reign, No Mans Land – they provoke mental imagery.

DP: I just wake up and I know what I want them to be called. The Boy Who Lived came from thinking about all the crazy things I’d been through in my life. Acid Reign was just a phrase that stuck with me from the first time I wrote it down. And No Mans Land, I was coming back from Texas and having a falling out with some people. It felt like I was in a no man’s land.

SH: Your albums are always solo projects – no guest features. Why is that?

DP: That’s just who I am, I’ve always been that way. I don’t like having to depend on anyone. My creative space is free, it’s up to me. I’m the director, I don’t need anyone dragging me down or affecting my train of thought. I don’t claim to be some sort of genius, but that’s my personal realm of genius.

SH: Is your favourite music autobiographical? Is that where it comes from?

DP: Yeah, that’s true. I have to work alone and tell my own story. 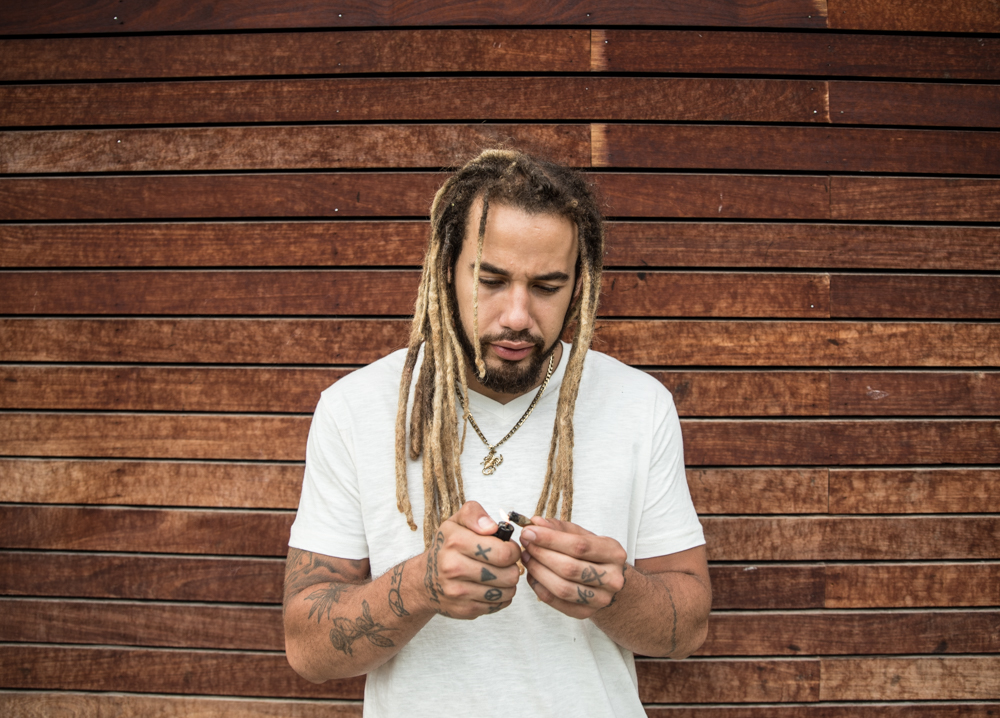 SH: Your music really embodies a vision of prioritizing quality of music over clout, never compromising or chasing a specific guest verse.

DP: Clout in this city will kill you, man. Trying to be cool will kill you. I’m an old ass man now. Partying will take over your life – there was a time that I was partying more than I was making music. But you don’t need anyone’s approval. Nowadays I just make music to elevate, raising hell for heaven’s sake, you know?

SH: How did the idea for Acid Jazz come about?

DP: The guys in Jazz Money heard the project and were really interested in doing a collaboration. Personally, I’ve been waiting to do something with live instrumentation forever. It changed everything – how I record, how I present myself, how I project my voice. I went back to the studio after the whole experience and felt like I had superpowers.

SH: You’ve been posting a lot of boxing videos to Instagram lately. Has boxing always been a part of your life?

DP: I’ve been boxing since I was 9 years old. I used to spar with my dad all the time but when I got into the drug scene, I stopped caring about everything – my body, my work and myself. I lost touch with what makes me happy. Nowadays, I’m focused on keeping my body and my spirit aligned. And that bleeds into my work ethic, my family life, everything. I’m just getting in touch with who I am.

SH: Does it feel like you’re looking back on the drug scene from an aerial view rather than being in it?

DP: [My girlfriend] Aubrey has been telling me something similar, she says that she’s proud of how caught up I am in my art. It’s easy to get caught up in the wrong things when you’re an artist trying to prove to everyone that you’re cool and your music is cool. 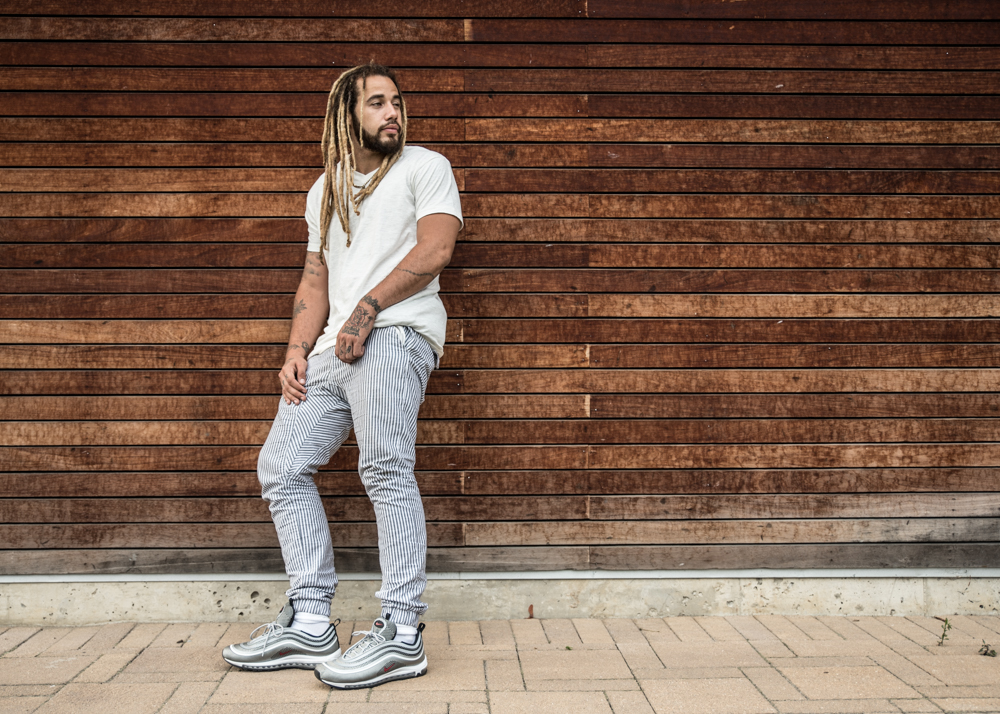 SH: Tell me about opening for Pouya and Ghostemane on their Canadian dates.

DP: 90% of those kids didn’t know who I was, they didn’t know what a big dude with dreads was about to do on stage. But as soon as I started performing, they were mine. It’s crazy to take the music to places other than Toronto. I just broke a million plays on Spotify and I’ve got views building in Argentina, New Zealand.

SH: It’s crazy how that works.

DP: Not to be corny, but I’ve learned that you’re here for everyone. You have to find a way to spread your knowledge, whether it’s music or photos or film. I have this bar on No Mans Land – “fame or money, I’d pick wealth” – and I live that every day of the week.

DillanPonders will be performing in a showcase for the Mondo.NYC festival at Pianos in New York City on October 4.