It’s been almost four years to the day since Australia’s export Cut Copy last visited the Danforth Music Hall. A lot has changed since then. Three out of the four members have moved to different corners of the world, some have pursued solo ventures, others have gotten married, but most notably, their 5th album Haiku For Zero has finally seen the light of day.

We caught up with the guys during soundcheck to chat about the city, the 10th year anniversary of In Ghost Colours, the new album, cell phone culture and much more.

Sidewalk Hustle: Welcome back to Toronto, it’s been a minute hey?

Mitchell Scott: It has!

Ben Browning: Been about 4 year now, same venue. New songs though. We got a new album this time around, which is always good for us to play some of the songs we’ve been working on for a better part of two years now.

SH: For sure. Thought we’d start off by talking about the 10th anniversary of In Ghost Colours next year. Must be a bit of a trip?

Mitch: It’s a strange feeling, that’s for sure. I guess it makes sense that it’s been that long in one sense, but in another it seems like yesterday. It’s a momentous anniversary, 10 years is a long time and something to celebrate, but it’s also pretty cool that something you’ve worked on is so meaningful to a lot of people.

Ben: We might have to do something for that?

SH: That would be stellar. Diving into the track list, “Lights and Music” has been a tent-pole track for this band. Why do you think that song lands with so many people?

Mitch: I guess you can look at it as a blessing and a curse. When I was younger, I’d be disappointed if the band didn’t play what you considered the hits in favour of the new stuff. But honestly we just look at it as something to be really appreciative of. It’s one of those energy tracks you have to fit into any set list. 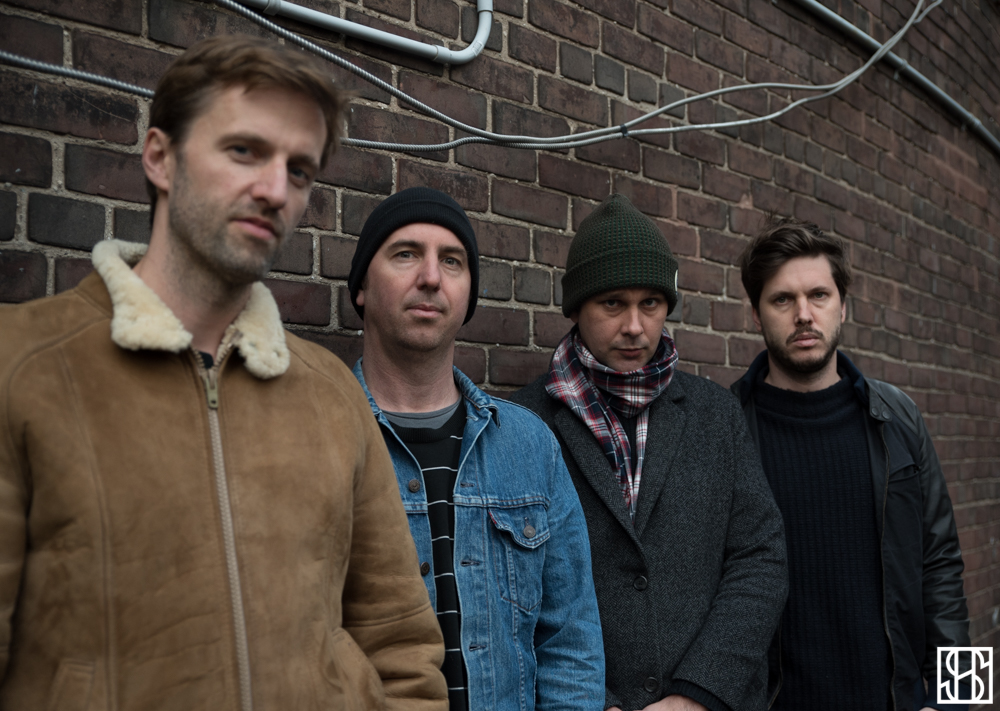 SH: About the set, I’ve always enjoyed how you guys reach all the way back to Bright Like Neon Love for material.

Ben: Yah totally, we don’t change heaps from night to night, but tour to tour for sure tho. We like to go back into the catalogue and pull some fan favorites that we haven’t played for a few years. Like on this tour we’re doing a song called “Future”, off Bright Like Neon Love, which we had done in the past but we haven’t done in a long time. We sort of went back to the original and supped it up a bit. But there are certainly some tracks, like “Lights and Music”, that I think if we left out, there would be some disappointed people.

SH: You guys have a lot to choose from now, eh? How’s the new stuff being received with crowds?

Ben: There are definitely some songs that we have to leave out that we might not have in the past, but we’re five albums in now so it’s harder to choose songs when we want to play a lot of the new stuff. Fortunately for us the new stuff we’re playing on this tour is going over really well.

Mitch: Yeah, we’ve been fortunate. It’s been a great time.

SH: So about the new album Haiku from Zero, you teamed up with Ben Allen to produce it. How did that come about?

Ben: Yeah, we worked with Ben on Zonoscope, he mixed it and did a bit of additional production. And that was 2011, going back five or six years. Stayed close since then, he was always keen to work with us again. The album we did after (Free Your Mind) we self produced, so this time around we thought let’s switch it up, work with a producer, in a proper studio, and really dedicate nearly six weeks. Like, everyone living in one city again.

Mitch: And in the mean time, Ben had actually built a studio too.

Ben: Yeah, there are very few studios that you can even work in these days, and I think he has one of the few studio left that you can track drums in. Yeah, it was good fun working with him.

Mitch: We’re a bit spread out now too, so it’s definitely a lot different than what it used to be. Australia was always our home country, so when we had done things before it was always logistically sound to do it at home. But now that not being the case, it makes more sense to find a middle point, like the States because a couple of the guys are there. Europe sort of makes sense too. We rehearsed this tour in LA and Nashville. We were actually looking at Vancouver as an option.

SH: That would have been good, it’s funny because I feel like Australia and Canada are fairly similar.

Mitch: We feel the exact same way. There’s a personality type or something that allows us to get along pretty well. Love coming here. The coffee, the cold.

Ben: We’re all apart of the commonwealth right?

Mitch: The queen. We’re all in it together, in an unbreakable bond. 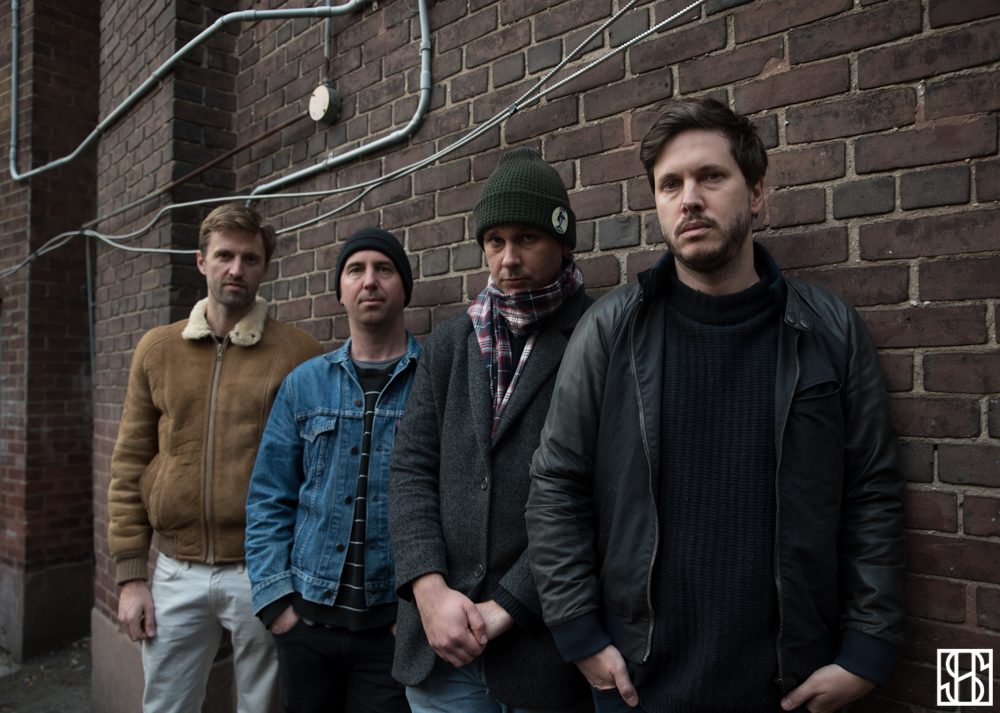 SH: Getting back to the new album, there’s been a bunch of coverage saying it includes an underlying theme of “over-information” in the digital era. Did you guys intend on that?

Ben: I think Dan spoke about this, it was a sort of a retrospective analysis of the lyrics that he wrote. But I think while making the album this time around it was less having an over arching theme, and more about making each song as good as it could be. Let each song be it’s own entity. Then at the end of making the record we’ll have a collection of songs that will go really well together. Not many people know this but a usual Cut Copy album will have a lot of interludes, like long sprawling connections. This album tho, each song is it’s own piece.

Mitch: Right, so I guess it might have been Dan’s retroactive analysis on what he wrote.

Ben: Definitely in the artwork which Dan created, it sort of connects that theme. Montage of wacky clip art, sort of gif type imagery. Must be a reflection of what he was thinking when we wrote this stuff.

SH: Yeah, it’s sort of the reality we’re all working through with things like the gram/meme culture. These days I feel like it’s interesting to see how crowds or an audience experiences a live performance. From your end, a band who’s been on the road and making music for a long time, how do you feel about the current crowd at a Cut Copy show, in comparison to say, 14 years ago.

Mitch: Yeah sometimes it can look very different. We had a very strange festival show that we played, we had a great crowd, but half of the front row were there for the next act, which was a boy band. Like, a big pop act that had a very specific and dedicated fan following. I guess 10 years ago, they would have just suffered through whatever it is that we’re doing, but instead everyone was on their phones. Like, waiting I guess. So that was new? I think Dan was sort of almost like, yelling at some people. Aside from that weird abnormality, I feel like we are actually seeing it less and less than what we did a few years ago. You don’t see people holding their phone up in the air for the entire concert, like we use to. People whip it out now or then. Essentially a crowd is a crowd, once you get people dancing, there are more similarities than differences.

SH: So you have Palmbomen on tour with you this time, what’s he like?

Ben: He’s great, really cool. He’s someone we were a big fan of. Someone we were very fortunate to have along with us. Been good for him to play to our crowd I think. He’s got that sort of slightly new age thing, that sets a nice mood before the show. Perfect for us.

SH: Anything we should be listening to now?

Mitch: Good question, our guitarist has been really listening a lot to the King Krule album. Production is pretty amazing.

Ben: The latest Toro Y Moi record, guess it was a couple months ago. He consistently puts out good records and might be a little bit underrated.

SH: What about new material under Ben Browning, we’re really into Lover Motion and Turns.

Ben: Yeah actually. Hopefully next year. I have an album, but haven’t set a release schedule for it quite yet.

SH: Cut Copy has been pretty fortunate to check a lot of boxes that other bands dream of. What’s next to achieve moving forward?

Ben: I feel like the further we go, the more we appreciate the opportunity to do what we do. We don’t take it for granted, that so many bands would kill to be in the position we are in now. I think we want to consistently make interesting music and art. And do it for the right reasons. Maintain healthy relationships within the band and do things the right way.

SH: Off to Montreal next?

Ben: Leaving tonight, couple hours after the show. Probably around 2 or 3 in the morning?

Mitch: Means we’ll have time for a late night snack or something?

Ben: For sure, probably some poutine.