It’s been over seven years in the making and time is finally on their side. On paper, they shouldn’t work, but they do. We met the Toronto duo over coffee, nestled in a cubbyhole to talk all things ‘Lush Life’.

Ian Swain and Alanna Stuart make up Bonjay, an act that has combined dancehall, breakbeat and soul to create friction in their own domain.

It started at a house party called “Disorganized” that Ian was throwing in Ottawa’s Chinatown. Swain was playing breakbeat, hip-hop and classic soul. Alanna was an RnB singer, but tiring of her sound and style, itching to move from her Jamaican Pentecostal Church mode to something that delivered kick and bass.

“I went up to him while he was DJ-ing and told him I didn’t want to do straight RnB anymore,” Stuart tells Sidewalk Hustle. “He understood dancehall so I was like ‘yeah, if you understand kick and bass and syncopation then let’s take this music to another level’.”

While Bonjay was conceived in Ottawa, Toronto is where the two solidified its residence, and as Ian was doing his masters in political science in the city, he became fascinated with the idea of cities in general. This wonderment is essentially the linchpin of Lush Life, their debut album.

“If there’s one unifying idea that I want to learn about the world, it’s understanding how cities work,” explains Swain. “Why do people come to a place to live together, it’s more expensive, it’s dirtier, but it’s that human desire to connect with other people and create new things. It’s the coolest thing. It’s my life’s interest.”

Varying styles and influences indeed–Alanna more into the singer-songwriter types and Swain, a DJ/ producer concerned with beat-making and its syntax–dancehall is their bridge between worlds.

The two are thinkers, scholarly in their efforts, and finding this synergy came with these efforts being tightened up away from one another more than together.

Swain studied great songs (like 10-hour study sessions), soul music and learned how to craft the arch of a song. He cites Carolyn Franklin, Aretha Franklin’s sister, as his favourite songwriter. 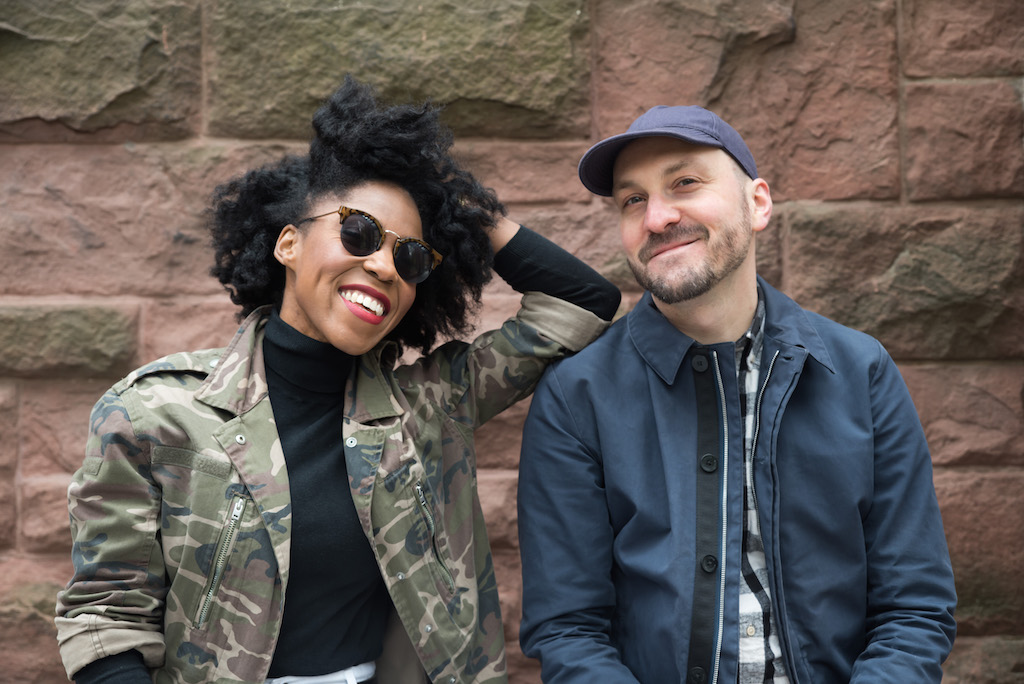 Alanna initially felt her music adolescence was a big hindrance, “I could feel the gap between what I knew I could be as a songwriter and where I was,” so she needed to step away. She embarked on body awareness and movement training (studying with Dana Michele in Montreal), enrolled in the Royal School of Speech and Drama at the University of London (UK) to master the art of projection and portraying a character. She also learned how to record with Feist’s engineer, Robbie Lackritz, and darted to Jamaica to learn about dancehall production.

“I just kept learning, absorbing, and fucking it up. Learning absorbing and fucking it up,” she says. “I don’t regret that time, I wish the momentum we had [with the 2010 Broughtupsy EP] and realizing that vision, I wish timing would have worked out and could’ve met the demand in a more logical way, but we gave ourselves the opportunity to grow and when I listen to Lush Life, and this is not b.s., it feels worth it.”

“We started like 100 ideas to make this idea. Over time we have become faster, much faster and much better at making music,” adds Swain, soon quick to reference Lebron James’ shoes, which have “Man in the Arena” etched into them. “That speech is from Teddy Roosevelt and for some it’s a mantra, the idea is that when you are in something it’s hard for anyone outside to understand.” He relates this to Bonjay.

Although it may have taken seven years, that’s just how long it took. Together though, Ian found the “grand vision or concept for a song” taken from his own evaluations of life and how we live in cities and Alanna getting lost in the emotive connection and personal conversation, Bonjay makes sense.

“I can take a concept or Ian’s theory and visualize a movie in my mind,” Stuart says. “It doesn’t appear as words in my mind, I just describe what I’m seeing.”

Take the closing track on the album, “Night Bus Blue,” a song about Toronto’s 24-hour blue line bus, which on any given morning will house a cluster of sorts.

“It’s that witching hour between four and five in the morning where you have people ending their night and people starting their day. Young journalists, cleaning and security personnel, ambitious immigrants and then you get the drunk people, the young students living on the cheap,” says Swain. “It’s one of the rare places that this combination of people exists in the same place and it can only happen in a city with a combination of lifestyles and ambitions that exist as it does here [in Toronto].”

The song is intense, rhythmic and heady.

“It’s the tumbleweed of possibility, that 24-hour bus line houses all those feelings and sentiments and mixes all those different lifestyles,” adds Stuart.

Lyrics like:  And if you have to earn your pay/before the dawning comes/you got no time to complain/get up and get it done/ deliver this possibility. It’s a production that’s a jubilee of the times and neither inviting nor uninviting. It’s this uncomfortable space that Bonjay exists within.

Bonjay have a meticulous desire to get things their kind of right and working with one of Canada’s music treasures, Jeremy Greenspan (Junior Boys), a.k.a. “Mr. Hamilton” as Swain jokes, was just the right recipe. Caribou’s lauded record, Swim, is among Greenspan’s credits.

“We wanted someone to mix the record that could appreciate bass and kick and let the rhythm propel but wouldn’t let the emotionality lose out to effects. We didn’t want to wash out the emotional details of my voice,” explains Stuart. It was very Feist-inspired, the vocal treatment where you can hear the quivers and the breaths, we wanted to leave that humanness in, but we wanted the instrumentation to feel big.”

“It’s a rare skill that you understand Maurice Fulton remixes but you also understand Marvin Gaye,” which Greenspan does. “A lot of the best music is combining the best of the sonics with the songs,” says Swain.

“I taught myself how to play all of Feist’s The Reminder on piano so that I would understand what’s going on. There’s all these hidden skills you need in order to create something great and much of it you don’t hear explicitly…if you hear that then it’s not a good record, you should feel the full package,” says Swain. “To make something great you need to kind of feel motivated by a higher purpose.” 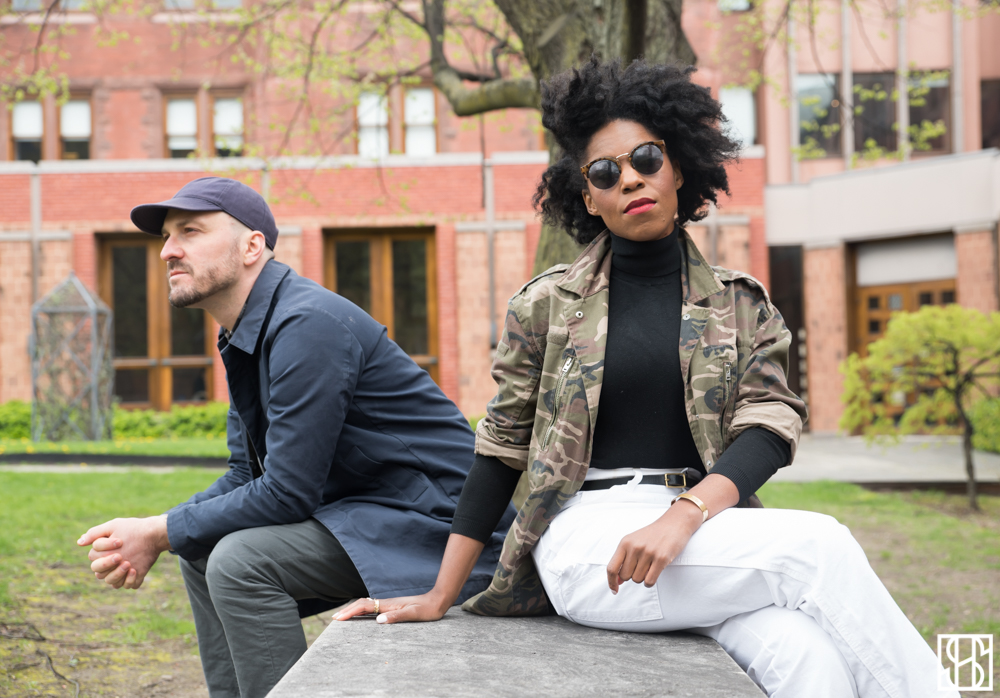 “When I’m 90-years-old and looking back on life, I think beyond my abilities and the things I can do, I feel like it is a great gift to understand the world in a way that other people may not. It’s a deeper thing than just being able to rock a crowd or write a beautiful song,” he notes.

“It’s really uncomfortable to sit in what you don’t know and sit with your inabilities and to try to work it into something strong,” adds Stuart. “Bonjay does not work on paper because we are so different with all the sounds, we shouldn’t work, so it takes a lot of effort to make something that feels good to us and to other people.”

Lush Life was also based off the book from Richard Price. The album comes out May 25.

May 28 – Toronto, ON (Drake Underground)