Born and raised in Doncaster, the 20-year old artist is a bold, honest and (sometimes) loud voice in the UK music scene that he says is lacking in originality. On stage, he is a spastic, passionate and infectious force of rock n’ roll that provokes endless screaming from fans. In person, his energy is just as refreshingly infectious and unapologetically unfiltered. Black leather, pink socks, painted nails, striped shirts and numerous finger rings stay in YUNGBLUD’s rotation.

His summer began with the release of his debut album 21st Century Liability – a labour of love that saw YUNGBLUD tackling several timely and coming-of-age related issues like drug use, mental health, male toxicity, sexual assault, gun violence and more. A string of festival performances kept him busy throughout July and August and now he is about to embark on two massive headlining tours throughout North America and Europe with a broken ankle.

We caught up with the rising artist at Toronto’s Drake Hotel over early morning Mountain Dews and talked about his family, misconceptions about his generation, musical inspirations and the singles from his debut album. Tickets to his headlining debut at Toronto’s Rivoli have already sold out online but you may be able to grab some last minute at the door.

Check out the interview below. 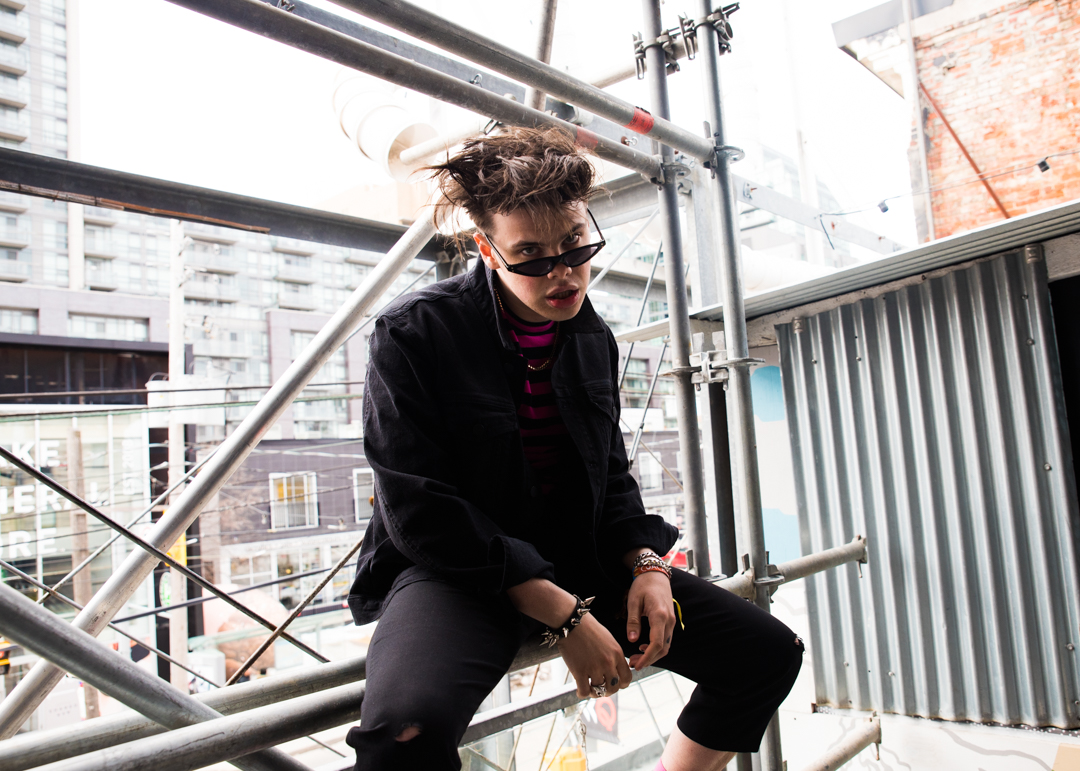 Sidewalk Hustle: Congratulations on your new record “California” – that video is really wicked as well.

YB: Ah, thank you so much! I couldn’t wait for that to come out.

SH: Why is California this symbol of retreat for you?

YB: California was where I signed my record deal. It was the first time someone said they wanted to invest in me for just being myself. All my life, people have said they didn’t like me when I was just being myself. And now someone wanted to work with me – for myself. So I just wanted to back to California when I went back to Northern England and people said I had to get a proper job. That’s what the song is about.

SH: Where did your musical influence come from? Do you come from a musical family?

YB: Yeah, definitely. My family was a big rock family. But I think I discovered hip hop on my own. I was obsessed with rock music like The Clash, The Beatles, The Rolling Stones but when I found hip hop and found it gave me the same feeling. When I was younger I had a lot of energy due to my ADHD. I always felt misunderstood – I was really energetic, really opinionated and people didn’t like that. But artists like Eminem, The Clash and The Arctic Monkeys were fundamentally and unapologetically themselves. That’s how I wanted to be. I think rock n’ roll and hip hop come from the same soul.

SH: You mention artists like The Clash, The Arctic Monkeys – do you think there are iconic figures like that coming up in your generation of music?

YB: I get the same feeling from The Clash as I do from new hip hop artists. But I think rock n’ roll is lacking. Guitar music is so safe right now. It’s some idiot on stage in a jacket singing about fuck all. That’s what it is. And the people representing and flying the flag – Liam Gallagher, Pete Doherty – they’re old as fuck now. And I fucking miss that. So I want to be the person to reinvent it. 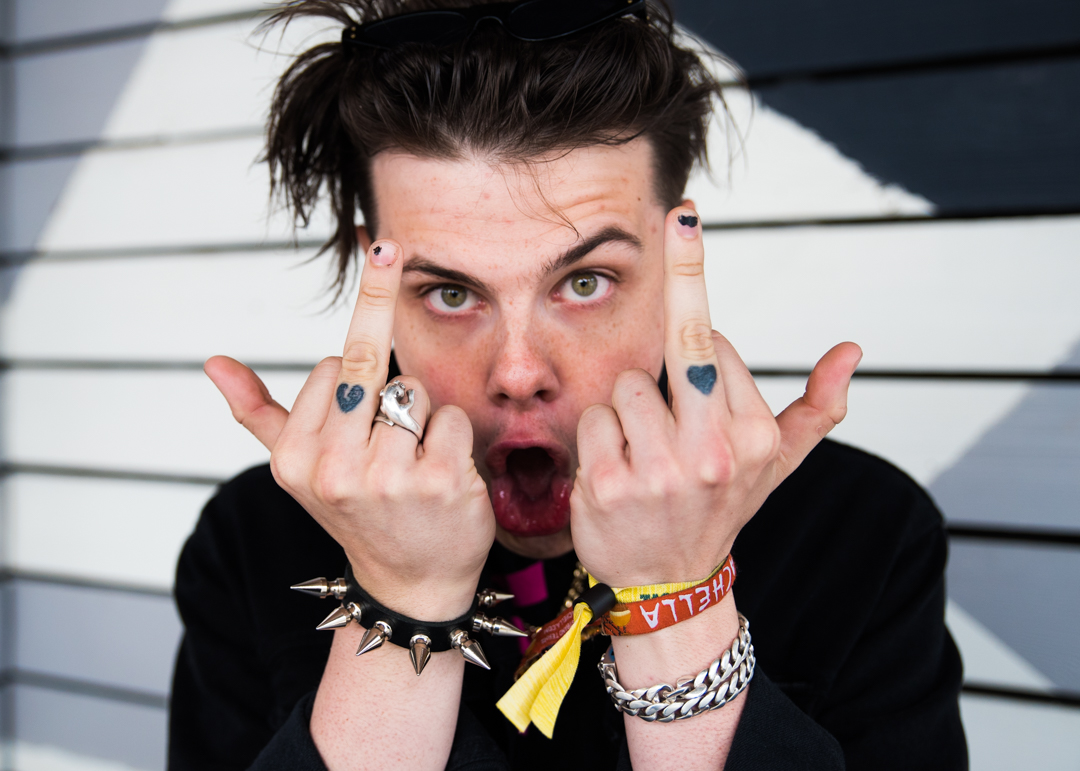 SH: I would like to ask about your most popular record, “Polygraph Eyes.” Did you write that song for women? Or was it something you wanted to say and work into the fabric of society?

YB: Kind of a mixture, to be honest. Initially, it stemmed from something personal that I witnessed when I was younger. I used to go out to nightclubs when I was 14 and had a fake ID, I would see drunk girls stumbling out of the clubs with boys who weren’t nearly as drunk. And I didn’t realize how fundamentally fucking wrong that was until I grew up and saw the world from a non-rose-tinted perspective. That mentality is so vastly accepted. That doesn’t make any sense to me. I wanted people to talk about it – that’s why I did the video. I wanted the boys to go “oh my God, I’ve done that.” It’s also my comment on it – a girl can wear shorts and get as drunk as she wants and that doesn’t give anyone the right to take advantage of her.

SH: Are you seeing men changing in your world?

YB: Yes but it’s still not good enough. It needs to become the normal conversation that this is wrong.

SH: What do you think is the biggest misconception about your generation?

YB: It’s always been the same – we’re stupid, we’re not intelligent, we’re not opinionated. Meanwhile, people are worrying about who has the biggest gun in America. I’m 19-years old and I can’t get a university degree for free. And no one in America can get healthcare for free.

SH: The more you speak about it, the more people will have to listen!

YB: I don’t want to shove it down anyone’s throats, I just want to empower people to be able to say what they think. And make them feel like their voice is important. A million voices can really make a change. I can’t wait to go to more places and keep meeting more people.