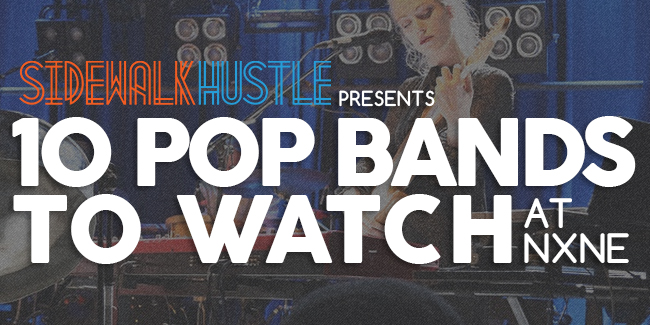 NXNE starts next week! Can you believe it?! Because we’re super pumped we’ve partnered with Do416 as one of their influencers to curate a list of the top ten best pop bands not to miss at this years festival. Many on this list are completely free, including one we’ll be co-presenting with GAP on June 21st starting at 1pm featuring live performance by Joywave, Beach Day, and Craft Spells (BE THERE – RSVP here!).

In case you haven’t seen the ‘Shows’ tab up on the top right bar of Sidewalk Hustle, you can check out our local show listings there via Do416. The below list isn’t in any particular order so we highly recommend you don’t miss any of these shows!

New York based artist Arthur Ashin has one of the most unmistakable voices we’ve ever heard applied within some of the most interesting, technically composed, un-boring pop songs out today. Combining delightfully odd harmonies together with his powerful falsetto lines, interesting rhythms and sax squawks in nearly every track, Ashin’s tunes are definitely an acquired taste to say the least. We picked his latest full length release Anxiety as #1 in 2013, so needless to say, we wouldn’t miss his intimate set at the festival.

This Rochester synth pop act may only have an EP out at the moment, but it’s a solid friggin’ one that’s sure to get you moving. Their latest video for the infectiously addictive “Tongues” featuring KOPPS follows a nudist colony overtaken by hunters with gun that shoot out clothing. Radness? We think so. 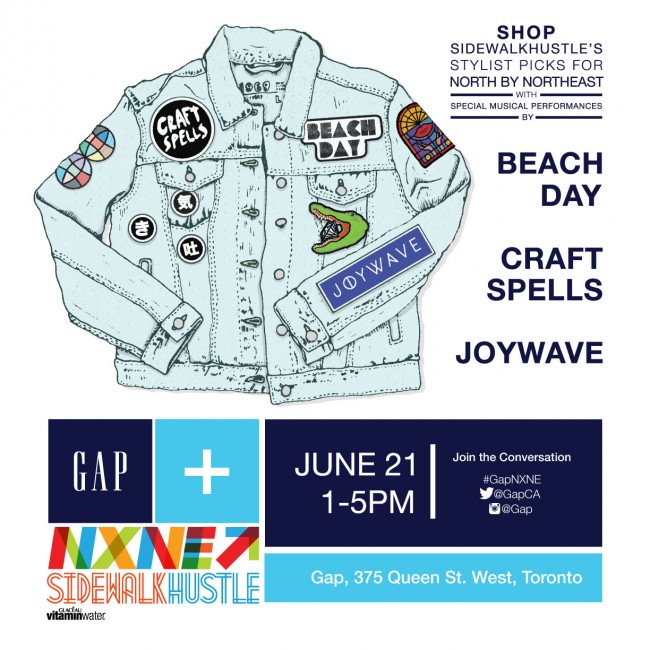 These local chillwave poppers are quickly on the rise as they gear up to release their debut album next month. Their latest track “Next Of Kin” might be quite possibly the best addition to your summer playlist and it was just picked up by NPR’s All Songs Considered and we just can’t get enough of Molly Rankin’s delightfully minimal vocals. Be one of the first to see them play live opening for Mac Demarco and Spoon during the fest.

We’ve been fans of Craft Spells since they burst onto the lo-fi scene years ago and their new sound is apparently a result of much chaos and disillusionment, which is the case for a lot of really great music. They just released a new album called Nausea and we’re excited to be one of the first to hear it performed live.

Sylvan Esso is a truly great side project of vocalist Amelia Randall Meath of Mountain Man and producer Nicholas Sanborn from  Megafaun. Currently on tour with tUnE-yArDs, they make the perfect interesting pop duo, weaving addictive beats with sweat folky melodies on tracks like “Play It Right,” “Hey Mami,” and “Coffee.”

All around cool chic Annie Clark has been a prominent fixture in the art pop world for years now, producing five solid records personally (one  a collaborative effort with David Byrne), appearing on SNL (and not sucking), heck, she even has her own Intelligentsia coffee now! Her latest self-titled album is her best work yet and her free Yonge-Dundas show is not to be missed! We can’t wait to see her choreographed dance moves and hear the new tunes live.

If you haven’t had the pleasure of seeing Future Islands lead vocalist Samuel T. Herring’s quintessential dance moves, run don’t walk, seriously. Not only is it ridiculously hard to take your eyes off him, the Baltimore synth pop band put on one of the best live performances we’ve seen in years, no doubt due to constant touring over the last eight years. They’ll play an intimate set on Vice Island that’s sure to be one the most talked about shows of the festival.

We first got hooked on Toronto’s Beliefs back in 2012 with their break out tune “Catch My Breath” and when the sun is shining it’s easy to get hooked on their woozy dream pop sound. Their latest tracks “Sound Of Thunder” and “Long Wings” reveal a heavier, more alternative side to the band that we’re excited to experience live.

We probably listened to Brooklyn band Small Black’s 2013 release Limits Of Desire easily over a hundred times last year, especially the dreamy track “Breathless” which belongs on every summer mixtape. Earlier this year they released a new track that featured Frankie Rose and we’re pretty sure they’re working on a new album. If we’re lucky we’ll get to sway around while they play “Breathless” live during the festival.