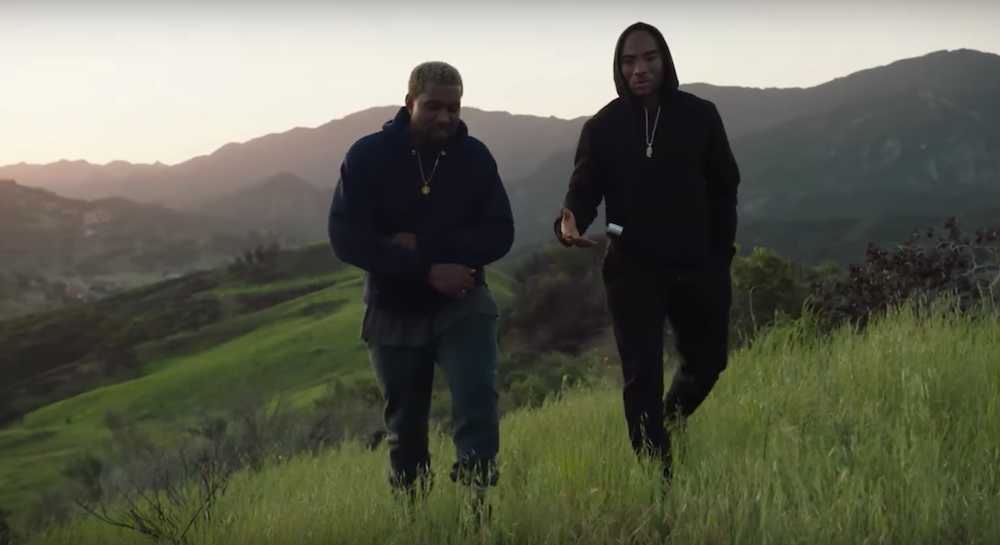 After making a loud return to Twitter and posting several uniquely controversial statements (including a picture of his “Make America Great Again” hat signed by President Trump himself), Kanye West has posted his long-awaited interview with author and radio personality Charlamagne Tha God.

Consisting of just under two hours of discussion, the interview between Kanye and Charlamagne (whom Kanye deemed the “new Oprah”) is blunt, candid and serves as a deeper insight into some of the more seemingly outrageous things Kanye has put out into the Twitterverse. The two talked about a wide range of subjects including Watch the Throne, leaving Nike for adidas, meeting Barack Obama, designing with Virgil Abloh, running for President, wearing his MAGA hat and how he plans to build cities.

To make things convenient, we rounded up ten of the highlights from the nearly two-hour talk. Watch the full interview between Kanye and Charlamagne here.

Kanye does not go to therapy.

“I use the world as my therapy, as my therapist. Anyone I talk to is my therapist. I’ll bring them into the conversation of what I’m feeling at that point and get their perspective. Sometimes they’ll be like ‘Damn, I’m talking to Ye. I didn’t expect to be talking about this.'”

Kanye was hurt that JAY-Z and Beyonce did not attend his wedding but he never brought it up with Jay.

Kanye thinks Obama should have apologized for calling him a “jackass.”

“I’m your favorite artist. You play “Touch the Sky” at your inauguration, and now, all a sudden, Kendrick and JAY and all the people you invite to the White House, like, now these your favorite rappers? I ain’t got no problem with these rappers, but you know I’m your favorite but I’m not safe. But that’s why you love me. So just tell me you love me. And tell the world you love me. Don’t tell the world I’m a jackass. I’m fightin’ hard enough. Something about me going on stage was similar to what you was doing. Cause I’m fighting to break the simulation, break the setup. That didn’t make no sense.”

Kanye identifies with Donald Trump as an outsider.

“It’s like the fact that he won, it proves something. It proved that anything is possible in America. That Donald Trump could be president of America. I’m not talking about what he’s done since he’s been in office. But the fact that he was able to do it. Remember when I said I was gonna run for president? I had people that was close to me, friends of mine, making jokes, making memes, talking shit. Now it’s like, ‘Oh its proven that that could have happened.’ I felt the nonconventional. Even from what we’re doing in fashion to me being the kid with the pink polos to me being outspoken to me being ostracized because of the Taylor Swift thing or the George Bush thing or who I’m dating who I’m marrying, what I’m talking about. All of this is an outsider thing, so when I see an outsider infiltrate, I connect with that.”

When speaking on “how he can’t be managed” and his gripes with the music industry, Kanye insinuates that industry politics turned an album with Paul McCartney into “FourFiveSeconds.” He says,“At that point, you can be easily manipulated. A whole album with Paul McCartney could end up becoming a single for Rihanna, because you’re trapped in this box of the idea of your perception, music industry, this and that.”

Kanye plans to develop YEEZY into a disaster relief program.

“YEEZY eventually will be closer to a relief company if there’s a disaster. We’ll dress people and bring clothes and water. The same design perspective that can sell a $300 t-shirt – we’re just gonna give it. And eventually that’s who we’ll be. You’ll look up 5-10 years from now and YEEZY will be the biggest service provider of apparel.”

It was heartbreaking for Kanye to leave Nike. “I used to draw the Swoosh when I was a kid.”

“It was heartbreaking for me to have to leave Nike. But they refuse to allow me to get royalty on my shoe and I knew I had the hottest shoe in the world. They just said, look you can make 5,000 shoes or 10,000 shoes and we’ll give some of the royalties to your favorite charity. But it was nothing to build.”

Although he would not specify what medication he is taking, he admits that taking medication is “an imperfect solution… to calm me down.”

Kanye was in talks with both PUMA and adidas before he decided to leave Nike and sign with adidas.

“The dude that didn’t sign me at PUMA definitely needs to lose his job. I’m not going to say his name, but could you imagine? With that infrastructure and these ideas and these connections I have, there wasn’t no way it wasn’t going to be a unicorn. YEEZY is a unicorn, it’s a $1 billion company. We were at $15 million two years ago and we’re going to hit a billion this year. It’s never, ever been heard of.”

“I’m going to be one of the biggest real estate developers of all time. What Howard Hughes was to aircraft and what Henry Ford was to cars. The relationships that I have with architects, my understanding of space and sacred proportions, just this vibe, this new vibe, this energy. I’m tired of big mansions, all these Spanish roof homes and stuff like that. That shit wack, bro. Everybody’s house wack. It’s trash.” He ends the interview by saying “We gonna develop cities.”